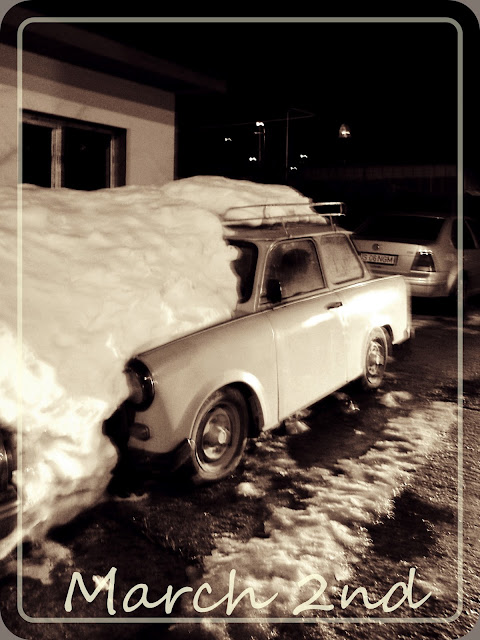 March 2nd: Behold the loveliest car in Europe - an old Trabant made in the former Eastern Germany. My father had one of these when I was little - it was my childhood wonder car, full of wits and personality. We nick-named it "The Donkey" because it would only work when it fancied doing so. 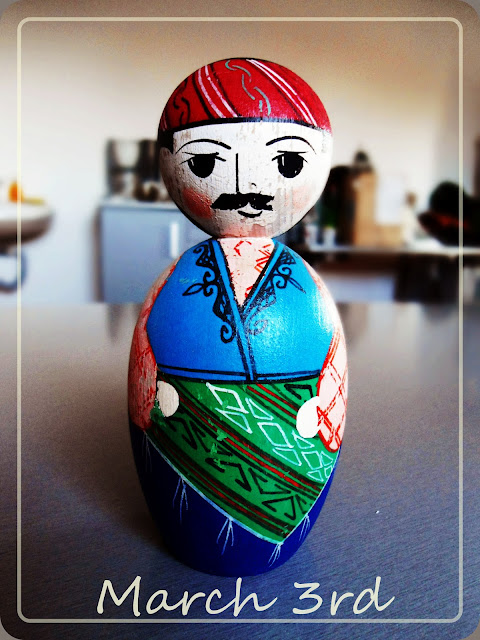 March 3rd: A little man on my desk at work. I got him from a thrifty store, because I couldn't resist the mustache. I like to think he is from Kazakhstan and can tell some wonderful stories about sacred mountains and black long-haired beauties. 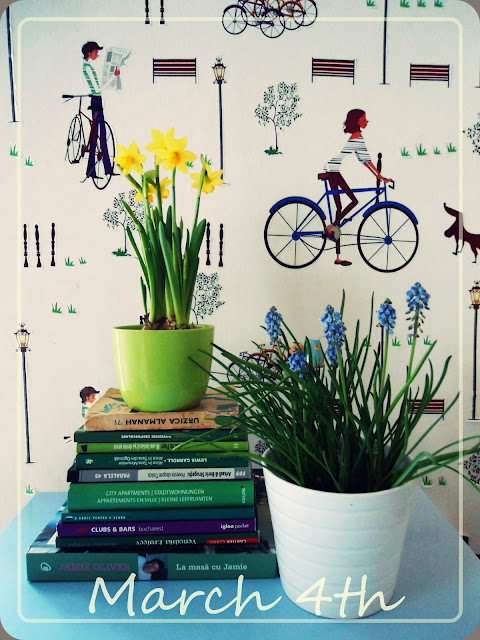 March 4th: Shooting session for my early post How to Make a Spring Vignette in 5 minutes. 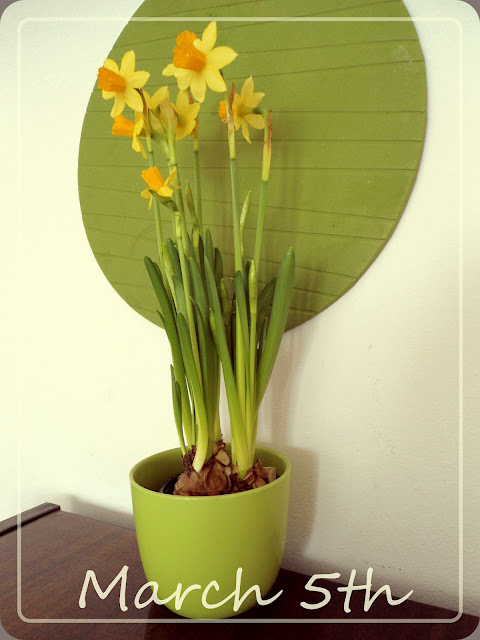 March 5th: Terrified that Spring will be over in no time and I won't get the chance to feed on the endless beauty of the daffodils, I shot them again on my piano. Just in case summer comes over night and they all disappear. 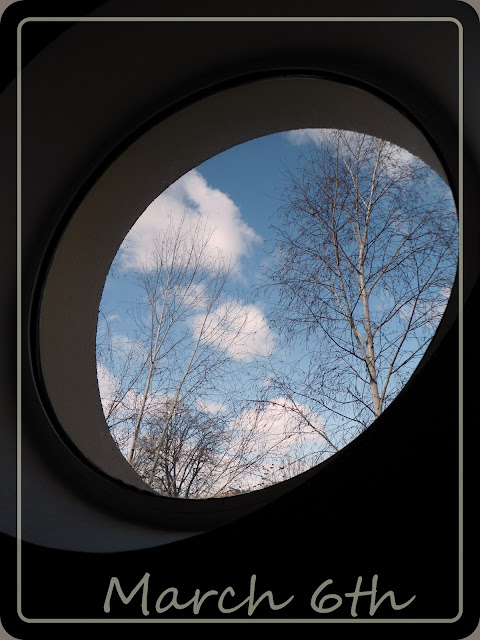 March 6th: I love my work place. I took this shot of the blue Spring sky and the flaming birch trees sitting at my desk. That's right, people, this is the window above my desk! 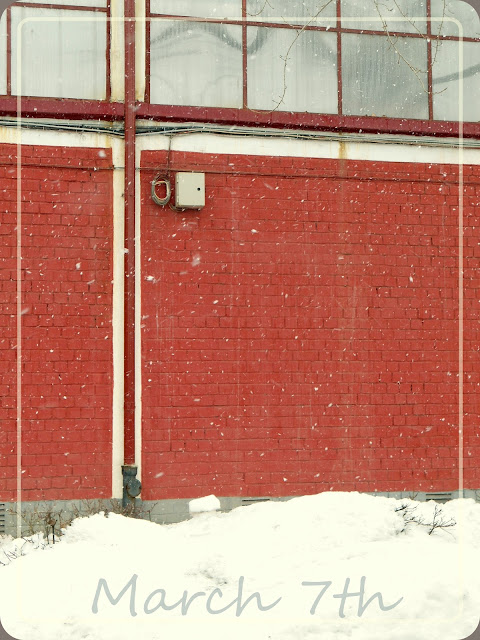 March 7th: Probably the last snowflakes of this year. They were puffy and awesome looking against the red brick wall. Where was I, you ask? Well, at a brick factory!! 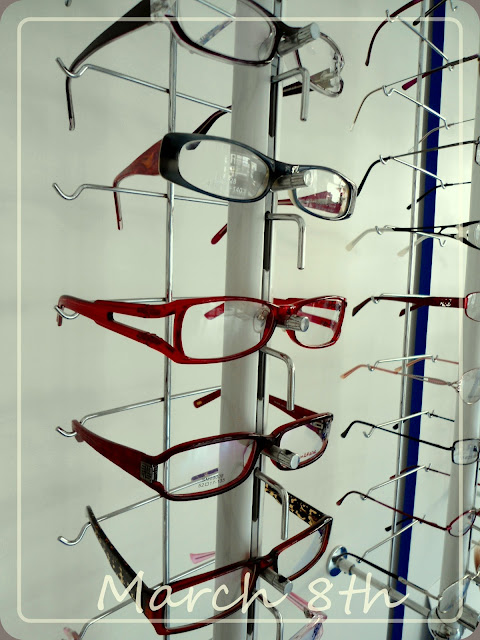 March 8th: Decisions, decisions... In the end, I decided I'll buy a pair of glasses identical to the ones I'm wearing right now :))))) (maybe in a lighter shade of moss green, who knows).

Email ThisBlogThis!Share to TwitterShare to FacebookShare to Pinterest
Labels: 365